My goodness, Norah’s a whole year old! How did this happen?! It seems like just yesterday I was holding her in my arms, freshly born and wonderfully new. (Isn’t that always the case, though?) Wherever the time went, I’m so glad that this little lady is a part of our lives! 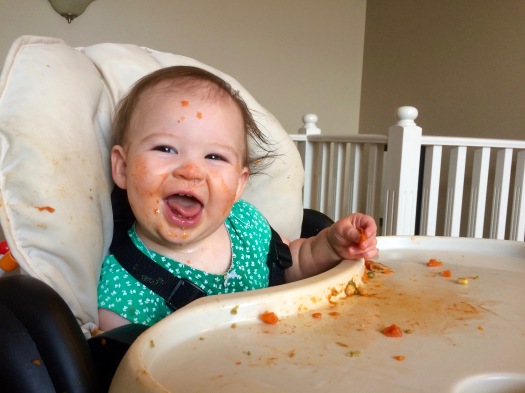 Can’t believe that my baby is a year old already! I know everyone always says that “Oh, it went by SO fast” with every kid, but I swear, it went by even faster with Norah than with Isla. It’s been such a whirlwind with Norah; call it Second Child Syndrome, but everything is easier the second time around in so many ways. I felt more comfortable with my parenting skills and knew the do’s and don’ts from the get-go. That being said, I’ve learned that not every child is the same and Norah has proven to be her own little person and is so unlike her sister in so many ways. Regardless, I wouldn’t change anything for the world and Norah is still our amazing little Chunkers with a devilish grin and a zest for life! I’m definitely feeling ALL the feelings over here today.

How do you bathe a 90lb German Shepherd? You don't. You just throw a bunch of water around, pray he'll stay in the tub, (Hint: He won't) and live by the words, "Good enough!"
Garden prep sidekick. If he could plant anything, it would be 🥓
So lucky you two are mine. ❤️
Little pit stop at @sinamenbunco in #yxx before we head home 🤤