If this race happened before the Mountain Run two weeks ago, I probably would have never run another trail race again. It’s a tough course! Or at least to me, the relatively green trail runner. Either way, it was still a great event with some awesome views, and I don’t think my legs have ever been this sore after a run, haha.

My new-found race-buddy picked me up so we could check-in with the race directors, and then we walked back to the car to stay warm until our start time. It was dang chilly!

It had basically rained almost every day the week prior to the race, so I was expecting a very wet and muddy course, but thankfully, aside from a few puddles it wasn’t too terrible. There were definitely some slick sections where you really had to watch your footing, but I was lucky enough to not bail and roll down a hill. Go me! (Kyle’s stepdad, who ran the 21K distance, unfortunately wasn’t as lucky. He’s okay though!) The views were awesome and I wish I was able to take a quick photo or two, but I had no time to stop, lol 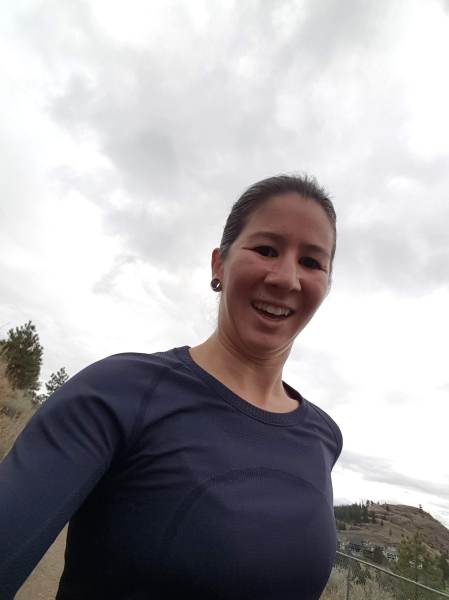 The hills were brutal though! I definitely need to do more running outdoors if I want to keep doing trail runs, because my legs were just useless by the last mile and I had to will myself to keep my pace up the best I could.

While I was hoping for a sub-35 minute time, I under estimated how tough the hills would be and had to slow myself down a few times to catch my breath and rest my legs. I’m still pretty happy with my time though, which was officially clocked at being 36:41 – fast enough to place 3rd in my age category! (Hashtag: Humblebrag) 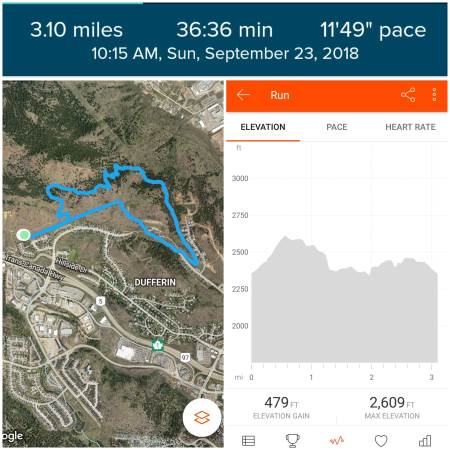 Of course, I ate all the goodies at the end of the run, (nothing tastes better than jellybeans and cookies, haha) and hung around to see if I could win a door prize. I ended up having my number called and managed to snag a nice North Face shirt for Kyle.

So, overall it was a tough but fun course and I’ll definitely do it again next year! It was a great way to end the “competitive” race season for me! (There’s one more in October that I’m doing, but I’ll be acting as Isla’s pace bunny, lol.)