To Norah while they’re in the bathtub:
“You gotta let me play with the dolphin or else next time for a bath you’re going to go in the dishwasher.”

While talking with her Grandpa about why Kyle goes hunting:
“Dad’s gotta shoot a deer in the face because he can’t cut it up while it’s moving!”

(This was a pretty philosophical conversation about where our food comes from up until this point, lol!) 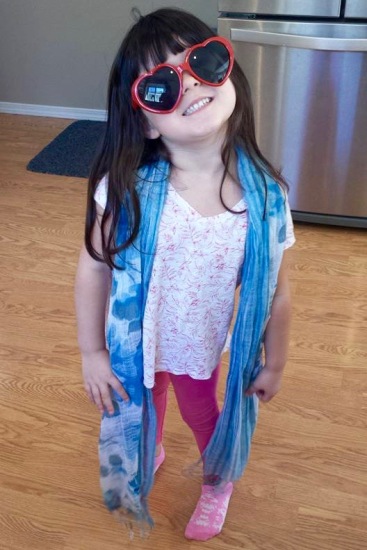 While outside before getting into the truck to go somewhere:
Her: I see a little girl riding her scooter!
Me: I see her too, kiddo.
Her: I think her name is Casey.
Me: How do you know that? (I’m assuming she met her at school or dance or something like that.)
Her (Being completely serious): Because I know everything.

After I turn the TV on to the World Cup of Hockey because Canada is playing and there’s nothing on until baseball starts in a couple hours:
“Moooooom, I don’t like hockey! We’re a BASEBALL family!”

To me, after I take my hair out of its ponytail:
“You look like Uncle Nolan with your hair like that.”

(My brother was up in August and got his hair cut after letting it grow for TWO YEARS.)

To me, after I got my hair cut:
“You don’t look like Uncle Nolan anymore!”

This kid. I just can’t even sometimes.