It’s the last week of school and I have so many mixed emotions! We’ve been so crazy-busy lately with everything that’s going on, so here’s a slightly belated weekend wrap-up:

{Friday}
Today we held Isla’s early 6th birthday party! Since her actual birthday is the the day after the last day of school, we figured it would be best to celebrate early as most of her friends would most likely be going away for the long weekend. We (very very wisely) rented out the local indoor play place for a couple of hours and the kids all had a blast! Isla really enjoyed having all of her friends party with her and was a great little hostess. 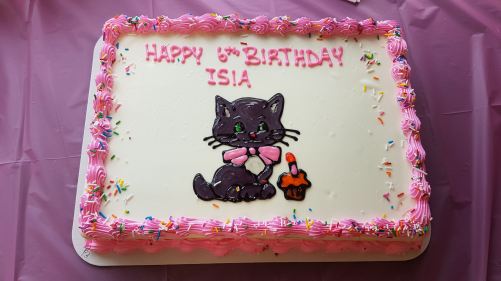 What happened to the “L” in her name is beyond me, haha

Also – having 16 kids running around and screaming is no joke, ya’ll. There was some serious decompressing (See: Eating/Drinking of feelings) happening after Kyle and I got the girls to bed that night!

{Saturday}
Norah turned three!(!!!) We decided to go a little more low-key for her party and invited just family up for lunch to celebrate her big day. She requested hot dogs and cupcakes, and so that’s what she received! She had an absolute blast visiting with everyone and was so spoiled by everyone. 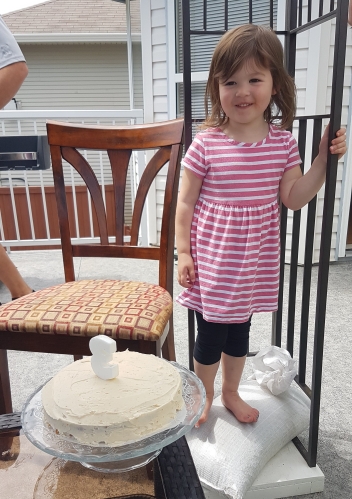 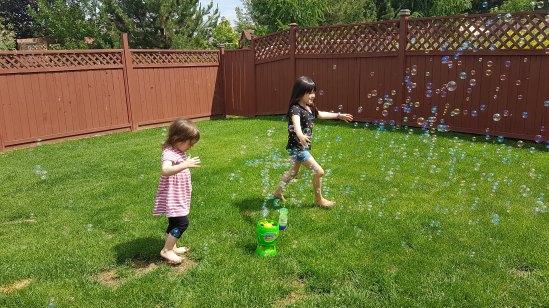 Kyle and I were so spent from the past two days of birthday celebrations that we ordered Greek take-out for dinner and soon settled into food comas.

{Sunday}
We got up early as Kyle was heading out for paintball with his friends and I had a slo-pitch tournament to play in. I managed to get in a solo trip to the grocery store before Kyle left, and then later in the morning I dropped the girls off at my MIL’s so they could have a pool day and I could go play ball.

I ended up only having to play one game, so I grabbed some lunch and headed back to my MIL’s to chill by the pool and watch the girls swim. 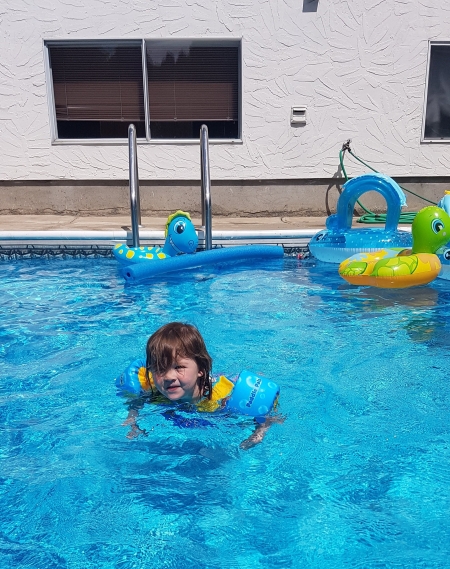 I got this awesome floaty jacket thing from Costco for Norah and it is absolutely perfect for the pool! She loves the freedom of swimming around in it and I don’t have to stress out about her not being able to swim. 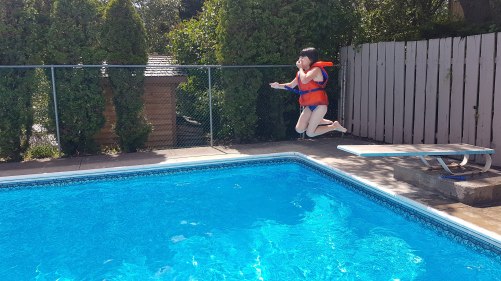 With a little encouragement/ice cream bribery, Isla was finally brave enough to jump off the diving board! Now she hooked and it took me forever to drag her out of the pool to go home.

Kyle and Dave eventually got back home from paintball, so we threw some hamburgers on the barbecue for dinner and had a nice visit before Dave headed home for the night.

{Monday}
I got a quick 5km run in before Norah woke up, and then after we dropped Isla off at school I organized her closet because it was a bloody disaster. Norah and I headed off to Costco to do a bit of shopping as well.

The entire primary division of Isla’s school headed to the splash park for the day, and Norah and I were going to go meet up with them after we had lunch, but due to thunder and lighting, the kids all got evacuated to a neighbouring school and those students who weren’t picked up were bussed back to the school. I thought for sure they’d head back to the park when the storm passed, but I was mistaken!

Now it’s Tuesday and the rest of the week will be busy as well! Today is Isla’s Kindergarten grad, Thursday is the last day of school, and then Friday is Isla’s *actual* birthday! Whew! Thank goodness summer is here!

Are you as pumped for summer as I am?