A high of the week was going out to my hometown to visit with my grandpa, aunt and cousin! My grandpa has been splitting his time between there and Burnaby, so whenever he’s there my mom and I try our best to go out and visit. It was especially nice that my aunt and cousin came up with him for the weekend, so we got to catch up a bit! We busied ourselves by going to the park and walking down to the pumpkin patch, and it was a blast!

A low of the week was nothing, really! I wasn’t even too saddened by the Walking Dead. (I kind of saw it coming.) That’s not to say that I won’t miss the characters though!

An internet find I loved was Pentatonix’s version of “Hallelujah.” I’ve always loved that song (major props to Leonard Cohen), and their version is just beautiful. Check it out on YouTube:

The best money I spent was $11 on a Blu-Ray player for basement. Our old one stopped working mid-movie and I found one on a Facebook bidding site. Lucky me for the winning bid, and now Isla can watch her movies downstairs again!

My favourite Isla and/or Norah moment was being able to spend some one-on-one time with Norah while Isla is at preschool. On Tuesday we had some time to waste before picking her up, so we walked to the nearby park and Norah got to play and explore all on her own. I think Norah appreciates the time as well; she doesn’t have to fight for attention and gets me all to herself! 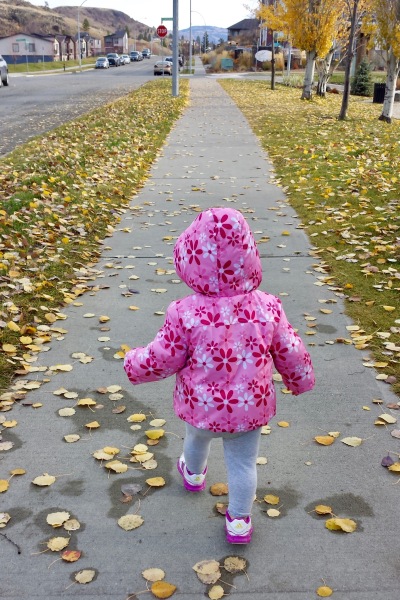 The song that has been stuck in my head is “Hallelujah” by the Pentatonix, obviously, but Maroon 5’s new single “Don’t Wanna Know” has also been on repeat!

My meals of the week were:

My plans for the weekend are Halloween party for Isla and Norah, and pumpkin carving! (Something tells me I’m going to regret getting 5 pumpkins …)

What are your plans for the weekend? Are you dressing up for Halloween?

You two money pits are lucky you're cute.
This feckin dude is high maintenance AF 🙄
Last dance competition of the season is done! I'm so unbelievably proud of Isla for all her hard work and dedication this year.
Holy sh*t, these were tasty AF.