Tomorrow is September! How did that happen?! August just kind of flew right by, didn’t it? We kept things pretty busy around here during the month, so I’ll just do a quick recap of what we got up to:

The second Saturday in August calls for the annual Hot Nite in the City Show & Shine, and the girls and I headed downtown with my mom & stepdad to check out all the classic cars. It was a lovely break from the smoke we had been having, and it was just warm enough to not be uncomfortable.

We stopped and got some gourmet poutine before heading home, and Norah was clearly a fan: 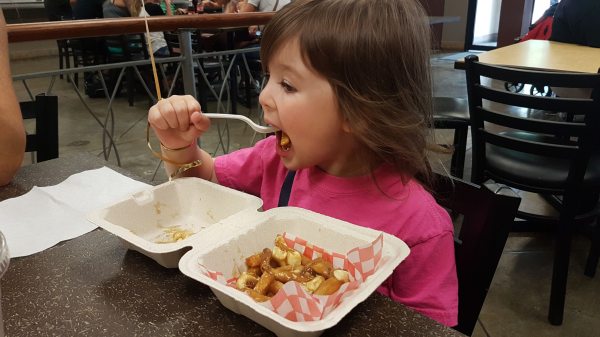 The girls and I went over to visit my dad for a couple of nights in Vernon. We were worried that it might get too smoky to do anything fun, but thankfully the smoke stayed away and we were able to enjoy the sunny weather! We hit the beach a couple of times and the girls had the best time ever, and we made a trip to the kangaroo farm which was obviously a hit! Our first night was a bit rough because of giant ice cream cones way too close to bedtime, but the girls had so much fun so I guess it was worth it. 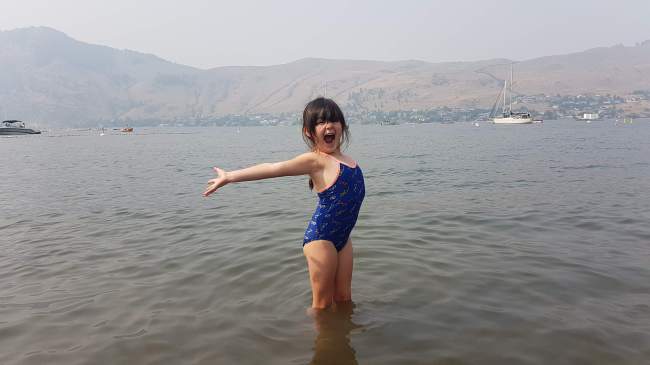 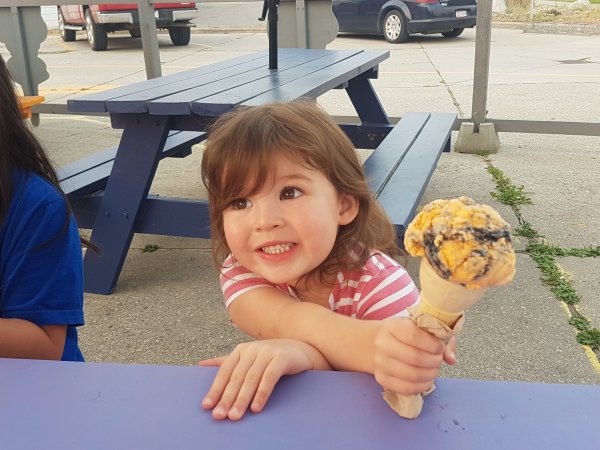 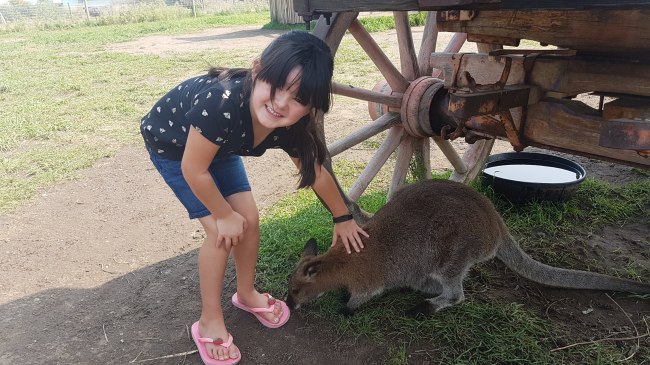 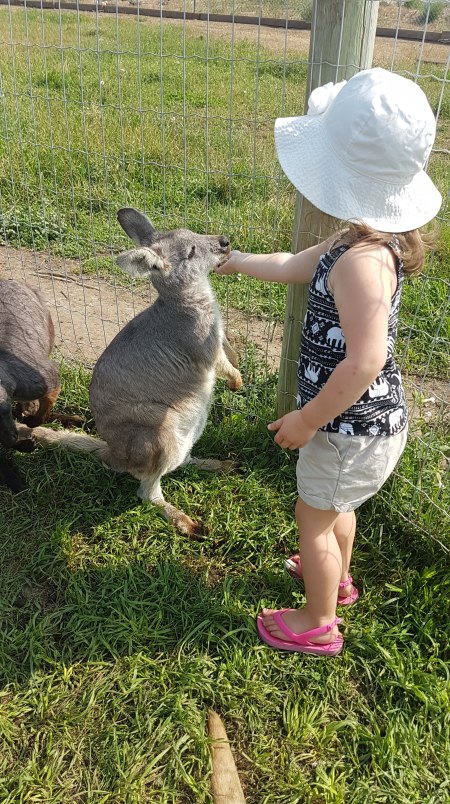 The next weekend Kyle and I dropped the girls off at my mom’s and Campbell off at doggy daycare and flew solo on a trip to the Fraser Valley to watch Joe Rogan do a stand-up comedy show! It was seriously THE BEST and my face hurt from laughing so hard. I’ll admit that his style of comedy most definitely isn’t for anyone, but man, he makes some good points in the most hilariously offensive way possible. If you enjoy his podcasts you’d definitely enjoy his show. 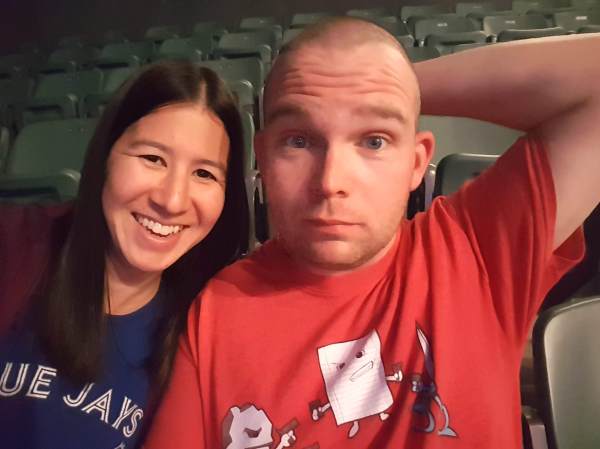 After the show we drove into Langley to stay with friends for a couple nights. I managed to sneak in a quick trip to Ikea and bought ALL THE THINGS (not really – I resisted on a lot of cute knick-knacks) and was satisfied with my purchases. We had an awesome dinner and stayed up way too late just talking about life. The morning we had to leave we went to this great little place called Beatniks where I had the most amazing Crab Cake Eggs Benedict. If you’re ever passing through, it’s definitely worth the quick detour!

Our drive home was rainy but BC definitely needs it, so we didn’t complain too much.

Oh yes, and we brought home a whole bunch of snails for the girls to keep as pets! They just hang out on the sidewalk when it rains, so Kyle collected about 14 of them to bring home to show the girls. He ended up making a pretty awesome habitat for them, and they’re actually pretty neat to watch! 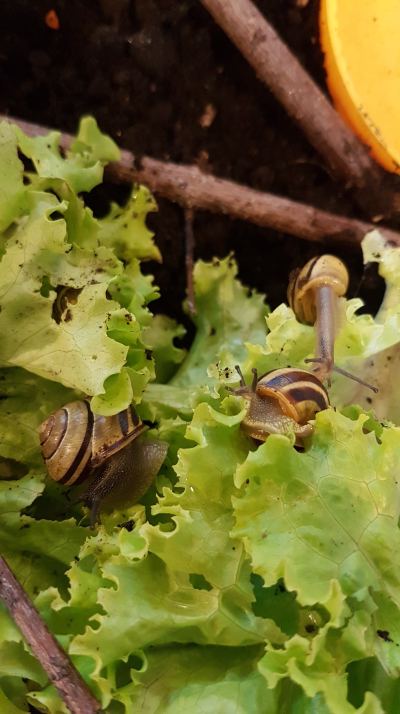 We filled in the random gaps of the month with various things: Kyle worked on the support beams and posts for our deck to protect them from the elements, we both tackled painting the deck stairs, I took the girls to the indoor jungle gym to burn off some of their energy, and generally just savoured the last bit of summer break! It’s hard to believe that school starts on Tuesday and we’ll be crashing into a busy schedule once again; Isla and Norah will both have swimming lessons twice a week, while Isla will be in dance once again (focusing solely on ballet now) and Norah is signed up for 10 weeks of ninja school! (You know that show America Ninja Warrior? That’s what she’ll be learning!) Oh, and I’ll be starting my schoolwork again after taking the summer off. Whew!