It’s SO hard to believe that it’s December 31 and 2014 is coming to an end already! Where on earth does the time go?

This past year has certainly been an interesting one. Its ups were UP and its downs were DOWN, but overall it was a decent year.

Lake visits! Kyle and I are fortunate enough to have friends whose parents own a little park model mobile right off of an excellent (and quiet) lake only about 30 minutes from were we live. We were able to go out and visit not once, but twice in the summer, and it was absolutely amazing both times. Every time we go out and visit it makes us pine for a lake property of our own – something we’re definitely going to make happen for our family in the future.

On top of those lake visits, we also headed out to a different lake with Kyle’s aunt and uncle, where I got to try (and fall in love with) stand up paddle boarding! It was one of the biggest highlights of the summer, for sure, and purchasing a board of my own is definitely on my “to do” list.

In 2014 I also made two separate trips to Vancouver – One in May and one in July! In May my mom, Isla, and I packed up the car and headed down for four days, visiting my grandpa and brother, and also making a day trip into Sechelt to spread my grandma’s ashes. (Not an “up” per-say, but it was nice to visit with family I haven’t seen in a while.) Then, in July, I headed back down to help celebrate my friend Callie’s last few weeks as an unmarried woman, bachelorette party style! It was a whirlwind trip (I was barely in the city for 24 hours before I headed back home), but it was a lot of fun and I’m glad I was able to make it down for the party! 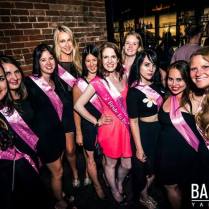 In June, we celebrated Isla’s 2nd birthday! We had originally planned on having it at a nearby waterpark, but the weather turned to rain on us and we had to switch the festivities over to our house the morning of her party. It was hectic, but she had SO much fun hanging with family and playing with her friends. It’s so hard to believe that she’s now already 2 ½ – Why must she grow up so quickly?! *sob*

In September Kyle and I had the honour to be a part of our best friends’ wedding, he as a groomsman, myself as a bridesmaid, and Isla as a flower girl! It was such a wonderful day and we’re both still so happy for two of our closest friends. 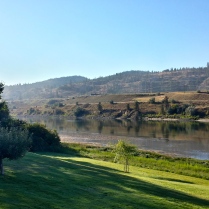 Then there were all of the other little things that made 2014 so great: getting back to playing slo-pitch, our new kitchen appliances, purchasing our new car, and the little date nights with Kyle. I don’t think I will ever be more thankful for having two sets of Isla’s grandparents being so willing to watch our little Lovey so Kyle and I can go out and be grown-ups for an evening. Thanks to them, we’ve been able to watch a few movies in the theatre, catch a comedy show, enjoy peaceful dinners out, and sleeping in.

Oh yes, then there was that wonderful discovery I made in mid-October that is going to make 2015 so amazing: 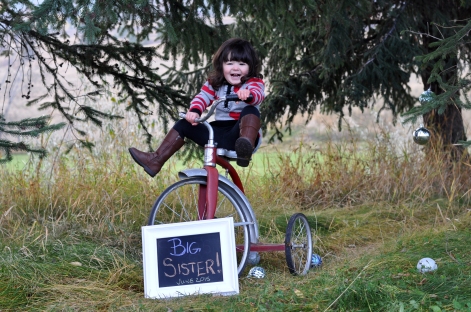 Of course, I unfortunately can’t look back at 2014 without thinking about some of the crappy things that happened. I won’t dwell on them too much but …

Isla burning her fingers on a flat iron in August. You cannot help but feel just horrible when your kiddo is in so much pain and you can’t console them. There’s no reasoning when it comes to toddler logic sometimes, and what reasoning you can do goes completely out the window when they’re in serious pain. I’m so glad that we live in a city with a hospital, and while the waits can be long, the staff and nurses we so amazing in getting Isla in and out within a half-hour of our arrival. Once she had some painkillers and a good, solid 3-hour nap, Isla was back to her normal self and you never would’ve guessed she had hurt herself, other than the big “mitten” on her hand.

We unfortunately had two family members pass away this year as well. Kyle’s grandma passed away in June and my uncle passed away in October. Those days were tough, but we both know that they’re in a better place now.

Finally, there’s one down of 2014 that I haven’t really made public at all (because really, there was no need to), but in July I had a miscarriage. I did write a post about it, but made it a password-protected one. I’ve since taken the password requirement off, and if you need/want to read it, you can do so here. To be honest, it’s not something I dwell on too terribly much, but it was definitely the crappiest part of 2014 for me.

I’m looking forward to a Vancouver trip in March to see Maroon 5 in concert, more date nights with Kyle (starting with a comedy show on January 10), crazy adventures with my wonderful little family, and of course, the arrival of Baby #2. I’m ready to tackle this upcoming year to the best of my ability, and I know it’s going to be fantastic.

Happy New Year to all of my wonderful readers!!
Wishing you all the best to you in 2015!!

There was an error retrieving images from Instagram. An attempt will be remade in a few minutes.