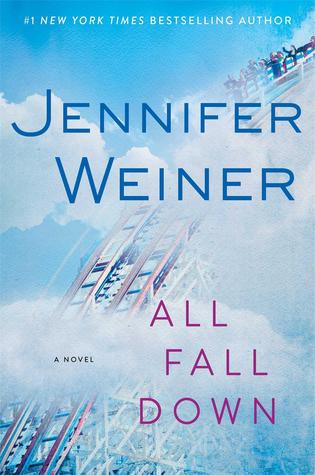 Allison Weiss is a typical working mother, trying to balance a business, aging parents, a demanding daughter, and a marriage. But when the website she develops takes off, she finds herself challenged to the point of being completely overwhelmed. Her husband’s becoming distant, her daughter’s acting spoiled, her father is dealing with early Alzheimer’s, and her mother’s barely dealing at all. As she struggles to hold her home and work life together, and meet all of the needs of the people around her, Allison finds that the painkillers she was prescribed for a back injury help her deal with more than just physical discomfort—they help her feel calm and get her through her increasingly hectic days. Sure, she worries a bit that the bottles seem to empty a bit faster each week, but it’s not like she’s some Hollywood starlet partying all night, or a homeless person who’s lost everything. It’s not as if she has an actual problem.

However, when Allison’s use gets to the point that she can no longer control—or hide—it, she ends up in a world she never thought she’d experience outside of a movie theater: rehab. Amid the teenage heroin addicts, the alcoholic grandmothers, the barely-trained “recovery coaches,” and the counselors who seem to believe that one mode of recovery fits all, Allison struggles to get her life back on track, even as she’s convincing herself that she’s not as bad off as the women around her.

With a sparkling comedic touch and tender, true-to-life characterizations, All Fall Down is a tale of empowerment and redemption and Jennifer Weiner’s richest, most absorbing and timely story yet.

My review:
I was really looking forward to this new book by Jennifer Weiner. It had been a while since I had read of of her novels, so when I caught wind last year that All Fall Down was being released in 2014, I got pretty excited for it.

As a whole, I thought All Fall Down was a decent read. I wanted the main character, Allison, to “win”, but I had a hard time sympathizing for her. Her situation really wasn’t as awful as she made it out to be; she just seemed like your typical Desperate/Real Housewife. Her “woe is me” story didn’t phase on me at all and I think she got off a little too easily with her mistakes. She lost nothing because of her mistakes, other than perhaps her husband, but it seemed like that was bound to happen regardless of her behaviours.

That’s not to say that the hidden message within the pages of the book isn’t important. Allison was lucky enough to be addicted to “just painkillers” before she got carried away into a darker world of heavier substances. I think the story could have been a bit more intense if Allison really did have a true “rock bottom.” Like I said before, other than her marriage, which was seemingly already circling the drain, and perhaps some serious judgement from her daughter’s teacher, Allison didn’t lose anything.

Maybe that’s the point that Weiner was trying to get across – that sometimes we don’t really notice how good we actually have it until you’re surround by others who are less fortunate.

It was different to read something other than your stereotypical chick-lit from Weiner, but refreshing as well. I like surprises from authors, and while I didn’t LOVE love All fall down, I did enjoy it overall. I’m going to give it 3 out of 5 stars. I felt a little duped at the end, that the story could have gone on for a couple more chapters so it didn’t feel like there were so many loose ends.