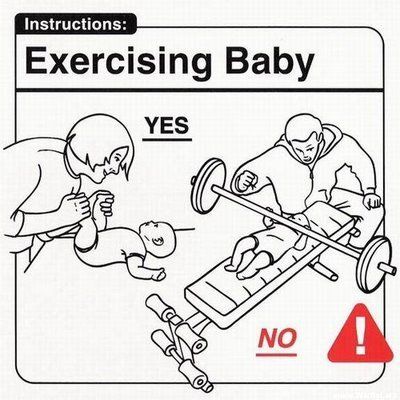 Anyone who’s a parent has probably received advice on raising kids in some shape or form. Whether it’s good, bad, asked for, or unsolicited, we’ve heard it all, even “advice” that’s just plain ol’ common sense:

Regardless, there’s definitely some Parenting Pro Tips (PPTs, shall we?) that are not well-known, so I thought I’d dedicate this instalment of Moments of Motherhood to share some of the wisdom that has both been passed down to me and that I have passed onto others.

PPT #1: Say nothing
It’s all too tempting to use a fun outing or special event like a birthday party as leverage to get your kids to behave. What parent hasn’t caught themselves yelling, “IF YOU DON’T SMARTEN UP YOU’RE NOT GOING TO (insert event here)!!!”? However, you can save yourself the tears and tantrums from cancelling an outing by just not saying a word about what’s to come. Most of the time, I won’t tell Isla about a friend coming to visit or a trip to somewhere fun until a couple hours beforehand. This also helps if plans change for some reason and we have to cancel. So while the leverage is great, not having to listen to a 5-year old ugly cry because she can’t go to a birthday party is greater. I like to bank all of my empty threats for Christmas anyway ;)

PPT #2: Warm wipes, cold wipes
I honestly have no idea if babies care if the wipes you use to clean their dirty behinds are warm or cold, and I’m fairly certain that they are going to pee on you while you’re in the middle of a diaper change regardless. There is one pro-tip that will always stick with me though, and it was one that was passed onto me by a friend when I reached out in a somewhat panic when I was about to babysit a little boy and I realized I have never changed a baby boy’s diaper before. Her advice to me? “Use cold wipes when cleaning up poop. You want his jewels to be as tight as possible or else it’s like trying to wipe poop off Jello.” I laughed so hard and this will stick with me FOREVER, so thanks Mel!

PPT #3: Pick your attire battles
This may seem like a no-brainer, and that’s because it is. If you’re sick of fighting with your kid when it’s time to get dressed, there’s a flowchart for that. Are you going anywhere important today? (Important being a wedding or a funeral.) Then let them wear what they want. Lord knows they’re going to spill their lunch on it in a few hours anyway. Alternatively, let them pick their shirt and you pick the pants, or vice-versa.

PPT #4: Take all whining in the car seriously
The only thing that’s worse than figuring out that your kid get motion sickness is figuring it out after they’ve barfed up their banana and Cheerios while still strapped to their carseats on a hot, summer day. For me, it was about 45 minutes into our drive to go clothes shopping. I took Isla’s whines about her tummy hurting as her general whining about being hungry, and not long after she barfed her entire breakfast up and into her lap and carseat. Kids don’t know what being nauseous is, so if they start to say their tummies hurt or they don’t feel good, for the love of God, pull over and get them some fresh air. And then pack Gravol from here on out.

PPT #5: Everything is spicy.
You know what’s more annoying than having to pick every “toxic” bit of food off your kid’s plate? Having to share your food with your kids. I swear, every time I bust open a bag of chips they come swarming like seagulls to a cargo ship. My solution? Tell them it’s spicy, or that it’s flavoured with their least favourite foods. (Mushrooms, onions and zucchini is pretty unpopular in our household right now.) They’ll eventually call your bluff and want to try it for themselves, but at least it will buy you some time to down the bag. “Ooooh, sorry kids! It’s all gone! Better luck next time …”

I think that’s all I have to share with you for now. I’m sure there will be another instalment in the future though, for as our kids get smarter we must too. (Adapt or die, as evolutionists may say!)