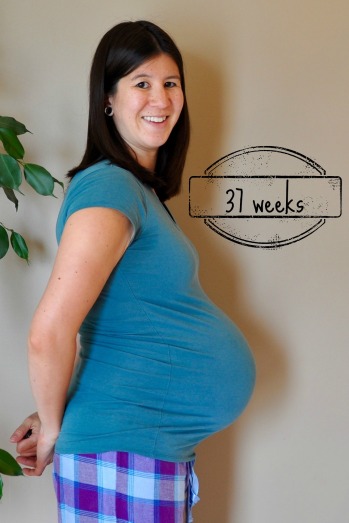 Pardon my sexy pajama pants. My level of caring is pretty low today ;)

Size of Baby: Baby N is the size of a honeydew melon, which is suiting considering it feels like I’m carrying around a giant melon under my shirt.

Feeling: Raw. The skin on my stomach feels like it’s been stretched to the max, making it feel raw and uncomfortable. If I weren’t at risk for being judged and scowled at in public, I’d be walking around with my belly showing at all times.

I also had my first hormonal mental breakdown on Friday. I slept horribly the night before and just woke up in a bad mood. Campbell was acting up and not listening to me, and I just kind of lost it and started bawling. Eventually I calmed down and everything went back to normal, but man – that was unpleasant for everyone.

Craving: I satisfied my craving for frozen yogurt on the weekend, and now I just want more. At least it’s kind of healthier than ice cream? (Or is that wishful thinking?) 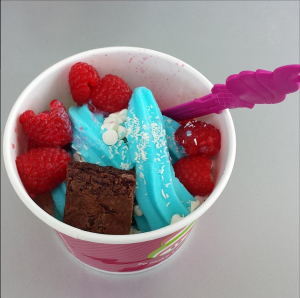 Other: I had my doctor appointment Monday afternoon after it was bumped from Friday. While he was doing my measurements he had this puzzled look on his face which obviously concerned me, and then he told me that it felt like Baby was breech. After some more poking and prodding, it turns out she’s still head-down (whew), and he thinks that she very well may come early! (Of course, now that it’s been said I’m jinxed and I’ll have another overdue baby.) My next appointment is Monday next week and he said if I feel “different” he’ll do a sweep (those who have kids know what I’m talking about – those who don’t, Google “Membrane sweep” if you dare, haha). Ooooh boy, things are getting really real!